Do you feel restless? Then, you may have akathisia that causes a feeling of restlessness. So, you may experience the inability to stay still. You have the constant urge to move from one place to another. It can result in difficulty to sit down in a place to complete a job. Therefore, if you have a desk job, then the condition can cause hindrance in completing your tasks on time.

The issue is something serious as you can find it difficult to optimize your potential in your professional life. It causes you to engage in repetitive movement. So, you may see yourself shifting from one foot to the other or crossing/uncrossing the legs or swing the legs. Akathisia can make you fidget more or you may feel the need to pace. The constant fidgeting or pace can make you feel uneasy. Therefore, it can affect your mental health in a bad way. Read ahead to know more about the issue.

Akathisia is derived from Akathemi. It is the Greek word, which means never to sit down. So, the issue causes an overwhelming sense of restlessness. It makes you feel the need to move often. The movement disorder can take control of your life. So, it can lead to trouble in keeping your job. The most common cause of akathisia is the side effect of antipsychotic drugs. The older-generation drugs used to treat mental conditions like schizophrenia and bipolar disorder can result in the issue. 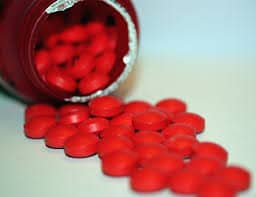 Akathisia is also caused by the use of new antipsychotics drugs. Around 20% to 75% of the patients around the world taking the antipsychotic medications can experience the side effect. The condition needs immediate medical attention. So, you need to contact your doctor to convey your concerns. Depending on the severity, the doctor can adjust the medication dose to reduce the problem.

Depending on the time you experience the restlessness, akathisia gets classified into different types. You need to understand that patients taking the antipsychotic drug may not see disorder at the same time. For some, it appears immediately, while others take some time. People taking a higher dose at the start, increase the dose suddenly or stop medications abruptly can experience the issue. Therefore, the different types of akathisia are:

It develops as soon as you take the antipsychotic medications. The effects of the medication can last up to a time period of six months. So, you can consult your doctor immediately to alleviate the issue without wasting time.

It develops after months or in other cases years after the consumption of the medication. So, it is not associated with the recent change of dose or the drugs. In most cases, it is related to the tardive dyskinesia.

It lasts for more than the time period of six months after you take your last dose increment of the medication. The restlessness feeling is less marked with the type of akathisia.

Difference Between Akathisia And Tardive Dyskinesia

Several other underlying medical causes gets associated with restlessness. But, most doctors can confuse akathisia with tardive dyskinesia. It is also a movement disorder that exhibits similar symptoms. It is also a disorder caused by antipsychotic medications. Tardive dyskinesia can often cause random movements in the following areas:

The most visible sign of akathisia is the feeling of restlessness. The uncontrollable urge to move is another glaring symptoms. You may indulge in several repetitive movements.

People suffering from akathisia can rock back forth repeatedly. You can rock while sitting or standing like in a loop. You feel the need to rock to overcome our anxiety.

The disorder can make you feel the need to move. The constant need for movement can make you shift your weight from one foot to another.

The anxiety or the urge for constant motion can make you walk in place. You may never feel the need to sit down and rest your legs. So, it can make your legs sore.

You may hear the term burning the carpets with pacing. Pacing is referred to as walking from one end to another to satisfy the need for movement.

It is dragging the feet instead of raising the feet to walk properly. The constant shuffling can increase your risk of falling or tripping on the uneven surface.

Another repetitive movement is the lifting of your feet as if you are marching.

Another sign of akathisia is the crossing and uncrossing of legs repeatedly. Some may also swing one leg continuously while sitting.

You may also experience other glaring signs associated with the akathisia. So you need to look out for other warning issues like:

People with mental issues need to take antipsychotic medications to control the adverse effects of the disease. But around 20%-45% of the patients taking the medication can have the akathisia disorder. So, it can result in psychomotor agitation. The disorder may cause restless movements of the arms and legs. Mostly you can see the restlessness in your legs. You can experience the issue as a result of taking a new dose of the medication or consuming entirely new antipsychotic medicines. Therefore, you need to consult your doctor immediately. Without medical advice, you must never adjust the dose or stop the medication. Once you make an appointment with the doctor, the following diagnostic methods are implemented:

You can detect Akathisia mainly with the physical examination. First, your doctor can ask about your medical history. It will help reveal the medications that can cause distress and other discomforts. The doctor also asks you to sit or stand for a few minutes. Then, the doctor will observe your movements carefully to check the following:

The doctor can fill out the Barnes Akathisia Rating Scale. It is the rating scale that determines the severity of the symptoms. Depending on the severity, the treatment is prescribed. The rating scale is also important to track the progress of the patients undergoing treatments. While detecting the issue, the doctor takes care to eliminate other diseases. Some diseases can exhibit the same symptoms as akathisia. So, it is significant to eliminate the presence of the following disease with the same symptoms:

It is the problems that urge you to have an uncontrollable urge to move your legs. The symptoms worsen at night. So, the constant movement of the legs can cause leg pain.

It is also a condition caused by the taking of antipsychotic drugs. The problem can lead to repetitive movements. People suffering from the issue have no control over them. So, the can grimace, blink or move without realizing it. Akathisia is different as you make the choice to move your legs to relieve the urge.

Some drugs have dependency issues. It can cause restlessness and anxiety. So, you can experience the repetitive moments,

The anxiety or sleeplessness can invoke several signs that can resemble the symptoms of akathisia. So, sometimes you can confuse the conditions.

The agitation due to depression, mania, psychosis or the ADHD has similar symptoms like the akathisia. Mood disorders can lead to restlessness or anxiety. So, it can make you feel confused about the right problem.

As discussed above, the condition gets triggered by antipsychotic medication. So, the list of medications that can cause side effects like akathisia are:

The exact reasons for the triggering of the issue are not scientifically verified. But, researches suggest the medications block the dopamine receptors in the brain. The dopamine is the chemical in the brain responsible for the movement control. The other neurotransmitters that play a significant role in leading to the issue are:

Some other factors can lead to the issue. So, the issues associated with the akathisia are:

The blood pressure medications contain beta-blockers. So, it contains propranolol that can control the symptoms of akathisia. It is the very first treatment that your doctor prescribes to overcome the issue.

The doctors recommend the anti-anxiety medications to relieve the symptoms of akathisia. But, it is only applicable for a short-term use. The long-term use can cause adverse effects. 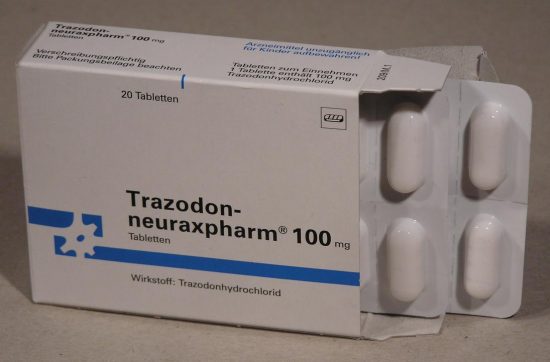 The doctor can prescribe antidepressants to relieve the symptoms of akathisia. Therefore, the medications mirtazapine or trazodone can offer relief from the discomfort of the issues. 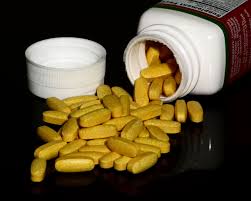 The studies on patients suffering from the cases of akathisia have seen relief with the consumption of vitamin B-6. The high doses of vitamin B-6 along with antidepressant as well as a placebo can relieve the discomfort. The combination of medications indicated the improvement in the symptoms of akathisia.

It is the drug commonly prescribed by the doctors for Parkinson’s disease. The medication can increase the dopamine levels in the brain. So, it can ease the issues associated with movement control. It is highly effective in easing the muscle problems that result in the use of antipsychotic drugs.

Akathisia is a serious condition that requires immediate medical attention. Not treating it can make the original psychotic behavior worse. So, it can cause more distress to the patients. In most cases, to avoid the condition, patients stop taking their medication. It can result in mental illness getting uncontrolled. The erratic behavior can cause issues in personal and professional life. Therefore, it is important to talk to your doctor about the symptoms to take appropriate steps. It will help manage the issue and lead a happy life.

You need to understand that it is easier to prevent akathisia compared to treating the problem. Therefore, you and your doctor can discuss the option to ensure you never suffer from the issue. Patients with psychosis episodes need to consult their doctor. It will help take the following steps:

Akathisia is the disorder caused due to taking the antipsychotic medications. But, if the disorder causes you discomfort, you need to talk to your doctor. You must never stop the medication without consulting your doctor. Changing the dose or stopping it altogether can worsen psychotic behavior. So, you need to seek medical treatment for akathisia. The ideal treatment can help the symptoms fade away.

Ignoring the issue is a colossal error as it can make you psychotic. You may feel depressed. It can also trigger suicidal thoughts. So, you need the proper treatment for the condition to overcome the mental issues it presents in your life. Not getting treatment can worsen the complication and lead to other diseases like tardive dyskinesia.

In a nutshell, I am a creative person with the penchant to research new topics. I am a voracious reader with interests ranging from fiction, science, to non-fiction topics. Having close contact with loved ones suffering from lifestyle and other diseases, I am interested in knowing and understanding the different diseases that can create havoc in the lives of people. Knowing more about it is a personal conquest, which has now developed into writing about it. I have an engineering degree in computer science, but my passion lies in writing about different topics.