Rift Valley fever or RVF is a viral infection affecting domestic animals. The common infection is prevalent in sub-Saharan Africa. It usually affects cattle, sheep, buffalo, camels, and goats. But, the disease is not limited to domesticated animals as it also affects humans. People suffer from the infection when they come in contact with infected body fluids, blood, or tissue from the animals suffering from the disease. It can also transmit through bites from an infected mosquito. But, person-to-person transmission is not documented for the infection. RVF triggers several illnesses in infected animals. While humans affected by the infection see no symptoms or only mild illness. Only some people (8%-10%) develop more severe complications due to the disease. So, they require medical attention to avoid escalation of symptoms and prevent irreversible complications. Read ahead to know more about the disease.

Rift Valley fever or RVF causes illness in both animals and humans. The acute viral hemorrhagic fever is common in domesticated animals as well as people. The disease is caused by the Rift Valley fever virus. The RVF virus belongs to the family of the Phlebovirus genus. It is one of the four genera of the Phenuiviridae family in the order of Bunyavirales. Bunyavirales viruses are known to trigger other illnesses in people like CCHF (Crimean Congo hemorrhagic fever virus) and Hantaviruses.

Rift Valley fever became known to the world in the 1910s when Kenyan veterinary officers reported the infection in livestock. The infection usually affects the sheep and cattle in the eastern and southern African regions. The condition is prevalent in most of sub-Saharan Africa. So, you can find cases of RVF in Madagascar and West Africa. In September month of the year 2000, Saudi Arabia reported its first case of RVF. The outbreak spread to Yemen. It is the first reported case of the disease outside the African continent. RVF outbreaks have a big societal impact as it causes trade reduction and economic losses. While the disease commonly affects livestock, it can also affect humans. The disease outbreak in animals is referred to as epizootics. The infamous RVF epizootic occurred in the year 1950 to 1951 in Kenya. The outbreak resulted in the death of one lakh sheep.

Rift Valley fever is caused RV fever virus. RV fever virus is a member of the Phlebovirus genus. Scientists discovered the virus in 1931 when they conducted an investigation into an epidemic among sheep on a farm in the Rift Valley area of Kenya. So, how do they affect humans? Read ahead to learn the transmission cycle of the RVF virus.

The infection occurs in humans when they come in contact with the blood or organs of an infected animal. Direct or indirect contact can transmit the virus into the human bloodstream. Here are some of the ways the disease spreads from infected animals to humans:

The RVF virus has an incubation period of two to six days. So, after a person is exposed to the virus, they can see different symptoms after the incubation period (if symptoms do appear). Unfortunately, most people may not experience detectable symptoms. Others develop a mild form of the disease, which triggers flu-like symptoms. The signs vary with the form of disease developed.

Signs Of Mild Form Of Rift Valley Fever In Humans

People developing the mild form of the disease experience feverish syndrome. It triggers the following symptoms:

The symptoms in the early stage resemble meningitis. So, it is essential to see a doctor get the correct diagnosis. These symptoms of RVF can last from four to seven days. After the period, your immune system develops antibodies to fight the virus. So, your symptoms start to ease and you recover.

Signs Of Severe Form Of Rift Valley Fever In Humans

The RVF virus can affect eyes and trigger mild to severe symptoms. At first, the person affected by the disease can develop lesions on the eyes. It develops one to three weeks after the initial symptoms develop. So, the affected person can experience decreased vision or blurred vision. For most of the people, the lesions disappear after ten to twelve weeks. But, some people develop lesions in the macular region (the center of the retina) of the eye. It results in permanent vision loss.

Inflammation Of The Brain

The condition rarely causes death. But, due to neurological deficits, people can suffer from severe and lasting symptoms that affect their quality of life.

It develops in less than 1% of people suffering from RVF. The condition develops two to four days after the first symptoms appear. When a patient develops a hemorrhagic fever, they can experience the following signs:

Patients who develop hemorrhagic fever face a high risk of death. Around 50% of patients who experience the condition can die within three to six days of developing the symptom.

Rift valley fever in animals can trigger several signs. So, people with farm animals near the place of RVF outbreak need to observe for the following symptoms:

Are all people susceptible to RVF? No, only some factor makes people more at risk of developing Rift valley fever.

If you spend more time outside or sleep outdoors in a region with a high risk of RVF face contracting the disease. It is because staying outdoors can increase your exposure to mosquitoes as well as other insect vectors.

People who work with, or butcher/handle raw meat from, potentially-infected animals in RVF-endemic areas (areas where the virus is known to occur) have an increased risk for infection. This could include animal herdsmen and farmers, abattoir (slaughterhouse) workers, veterinarians, and other people who work with animals and animal products.

Lab technicians deal with virus specimens on a daily basis. So, lab workers who test for the RVF virus face a high risk of contracting the disease. Therefore, only trained and highly qualified lab technicians need to work on the infected specimen to avoid exposure.

International travelers who visit RVF outbreak prone areas increase their chances of contracting the disease. Visiting or staying for a long time in endemic locations during sporadic cases or during an outbreak can put travelers at risk.

Like humans, certain animals are more prone to disease compared to others. The factors causing the problem are:

Goats and sheep are more prone to infection.

Early detection is important in both animal and human cases to ensure timely interventions. Without adequate control measures. RVF can trigger severe complications in humans as well as animals. When the disease affects pregnant animals, it can result in a large number of abortions, also known as abortion storms. So, it results in the death of young ones in the affected livestock. When the mortality rate in livestock increases along with the appearance of the disease in humans, it leads to the RVF epidemic. Therefore, it is important to recognize the disease for timely medical intervention.

Diagnosis Of Rift Valley In Animals

When animals suffer from RVF, the veterinarian can diagnose the problem based on the clinical symptoms exhibited. So, they need to look closely at the symptoms to come to a diagnosis.

The RVF symptoms in humans are non-specific and mild. So, it becomes difficult to diagnose the problem effectively in its early stages. So, your doctor can suggest laboratory testing to detect the problem conclusively. You need to submit a sample of your blood or tissue for testing. The diagnostic tests used to detect virus presence in your body are:

It is the test used to detect the presence of the RVF virus among patients and at times in postmortem tissue (after death). So, the virus is isolated from the sample. The virus sample is grown in the laboratory for running other tests.

Your doctor can suggest antibody testing using ELIZA (Enzyme-Linked Immunoassay). It confirms the infection due to the presence of Rift Valley Fever virus-specific IgM antibodies. It appears as the response to your recent infection. Along with it the test also detects IgG antibodies specific to the RVF virus.

There is no treatment available for RVF in both humans and animals. In the case of infected animals, the virus needs to run its course. The infected animals are isolated from others to prevent the spread through mosquito bites.

In humans, no approved treatments are available to cure the disease. In most of the cases, the mild form of RVF affects humans. So, it is self-limiting. People infected by the disease can ease their symptoms with the following techniques:

Several questions and challenges remain in preventing and controlling RVF. It is because scientists have no clear idea of how the virus maintains and spreads within different species of mosquitos. So, the effect of the disease in RVF infected people still remains a topic of research. With no vaccination available to protect people from the disease, it is important to take adequate preventive measures to avoid the spread of the disease. Here are some of the preventive tips that people visiting or staying in RVF outbreak prone areas to avoid the spread of the virus:

People who have close contact with animals need to avoid direct contact with body fluids, blood or tissues of infected animals. So, veterinarians and others working with animals in areas prone to RVF endemic need to wear PPE (personal protective equipment). So, they need to use the following:

These accessories prevent the exposure of blood or tissues. So, it protects you from potential infections. 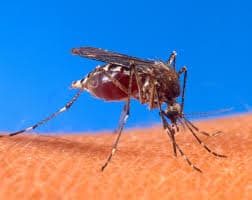 The virus transmission occurs due to the mosquito bites. The mosquitoes become infected when they bite animals with the RVF virus. It is then transmitted to people when these mosquitoes bite. So, you need to protect yourself from mosquitoes or other blood-sucking insects. So, follow the guidelines suggested:

Animals who are susceptible to the infection have a vaccination to prevent it. Different types of vaccination are available for animals to prevent RVF. Since the animal field vaccination requires multiple doses, inactivated or killed vaccines are not a suitable option. The animals require a modified live vaccine (like the Smithburn vaccine), which is effective in controlling RVF occurring in Africa. It is one of the oldest and popularly used vaccines. Just a single dose if required to prevent the infection. But, the vaccine is not suitable for pregnant livestock as it causes abortions and birth defects. It also provides only limited protection from RVF infection.

Several candidate vaccines are being developed and evaluated. The live-attenuated vaccine, MP-12, has shown promising results in laboratory trials in domesticated animals, but more research is needed before the vaccine can be used in the field. The live-attenuated clone 13 vaccines were recently registered and used in South Africa. Alternative vaccines using molecular recombinant constructs are in development and show promising results.

Surveillance is necessary for learning more about the RVF virus and detect methods to control the infection spread. So, it requires close monitoring of animals as well as the human population to devise effective preventive measures. Establishing environmental monitoring as well as a case surveillance system can aid authorities in predicting and taking effective steps to control future RVF outbreaks.

The countries suffer from rift valley fever outbreak find it difficult to eradicate the issue while the countries free of the disease feel threatened due to the travelers bringing the disease home. So, the government must prepare contingency plans to reach the eradication goal. While travelers who visit countries with the outbreak need to follow the preventive measures to avoid the problem.