There is an ancient practice in India to worship the sun after a bath in the morning. Not to go into the spiritual concerns, but the physical action could get enough Vitamin D required by the body to function for the entire day.

The sunshine vitamin, vitamin D is a hormone that controls blood calcium levels. This is essential for the functioning of the body. Calcium without vitamin D will not help in building strong bones and muscles. Due to the modern day of living, sunlight exposure to the body has become minimal. This causes a lot of difficulties in daily life and many diseases. But prudence in the exposure to sunlight is important, as the excess of UV rays or ultraviolet rays from sunlight causes skin cancer.

As per the National Health and Nutrition Examination Survey, the newest statistics point out that more than 90 % of Americans are suffering from vitamin D deficiency. This is growing in considerable numbers due to the recent lifestyle changes of the people.

The fast rate at which vitamin D deficiency is spreading across the world could lead to another epidemic. Sadly, a simple and easily accessible vitamin, due to unawareness and laziness of people is posing a great threat. Studies have confirmed that vitamin D deficiency is correlated with common cancers, autoimmune diseases, hypertension, and various infectious diseases.

If you are one to live in the comfort of your air-conditioned homes, workspace, and in cars, it is time to know the vital role of Vitamin D for your body. Not to suffer from various ailments and difficulties in daily life due to lack of vitamin D, continue reading till the end.

Sunlight is the natural source of vitamin D3, without which the body functions distort and cause various serious ailments. Sunlight is the electromagnetic radiation coming from the sun which takes 8.3 minutes to reach you. Sunlight is one blocked by clouds and sunshine is light and radiant heat when not blocked by clouds. Ultraviolet rays are one of the electromagnetic radiance of the sun. The ultraviolet B rays which are known as UVB is the source of both vitamin D synthesis and skin cancer. Hence it could be a boon or bane as per its exposure on the human body.

How sunlight is transformed into vitamin D3 in the human body?

Our body makes most of its vitamin D on its own with the help of sunlight. The 7-dehydrocholesterol in the skin converts the sunlight or vitamin –D and makes it into usable vitamin D3 or provitamin D. The vitamin D travels to the kidneys and liver through the bloodstream and then is converted into cholecalciferol or Vitamin D3

How much is too much of sunlight:

As per the WHO guidelines 5 to 15 minutes of casual sun exposure of body parts, two to three times a week is more than enough to keep the Vitamin D levels. Anything above this is unwarranted and could cause colossal damage to the skin. This is because the UVB when exposed to the skin directly, could cause irreparable DNA damage. This is the cause of skin cancer.

Who needs more of sunlight than normal?

As per the season, there is a change in the level of sunlight and along with the natural change of vitamin D levels. This could make the natural vitamin D requirements vary according to the factors mentioned below.

The most important issue is that the human body can only absorb a limited amount of vitamin D. Spending extra time in anticipation of getting all the vitamin D in one day could lead to counterproductive issues like skin cancer.

Vitamin D3 or cholecalciferol is a fat-soluble secosteroid responsible for increasing intestinal absorption of calcium, magnesium, and phosphate and multiple other biological effects. This is mainly stored in the liver and fatty tissues which means that the increased body fat has the ability to absorb vitamin D and keep it from being used within our body.

Vitamin D without a subscript refers to either D2 or Ergocalciferol or D3 Cholecalciferol. These are the two main types of Vitamin D.

Vitamin D is an extremely important vitamin which has powerful effects on most of the body systems. Each and every cell of the human body has a cell receptor for it. The following are some of the functions of Vitamin D3 in our body.

The scientific function of vitamin D3 to prevent rickets:

Vitamin D3 stimulates intestinal calcium, phosphorous absorption, and bone calcium mobilization by increasing the renal re-absorption of calcium in the distal tubule. This vitamin D functions are on bone and kidney only and not in the intestine. These stimulations elevate the serum calcium and phosphorus concentrations to supersaturating levels for the mineralization of the bone. This prevents osteomalacia, hypocalcemic tetany, and rickets.

Vitamin D makes the bones stronger and helps improve balance by enhancing muscle contraction. This is done by the proper absorption of calcium by vitamin D. This prevents the chances of fracture of the human bones.

Why are flu and cold more common in the winter climate? The answer could be vitamin D. Vitamin D due to lack of sunlight, becomes less in the immune cells and causes its malfunction. This makes the virus and bacteria to affect the human body more in the winter time to cause all these illnesses.

The anti-inflammatory properties of vitamin D keep the lungs healthy.

Vitamin D being a soluble vitamin which synthesized in the kidneys, play an important role in treating kidney diseases.

The recent scientific evidence clearly indicates the levels of vitamin D in the body is the mood spoiler. This causes depression, anxiety, and many psychotic disorders.

Even after eating enough many feel hungry very shortly. This is because of the disorder of appetite hormone, Leptin. This is caused by lack of vitamin D. With proper vitamin D levels in the body the leptin will be restored with no more eating cravings. This could help a lot in this obese world for weight loss.

Recent studies have confirmed that elderly people with low vitamin D are more prone to Alzheimer’s disease than normal ones. Also, the neuroprotective role of vitamin D could help the brain get rid of beta-amyloid. This is an abnormal protein which is believed to be the cause of Alzheimer’s disease.

Getting infected often and falling sick:

This is the most common symptom of deficiency is the catching cold and flu more often and especially during the cold climates.

The respiratory tract infections and respiratory disorder diseases including bronchitis and pneumonia are also linked o deficiency of vitamin D.

In one recent study, it was found that COPD or chronic lung disorder is more with people suffering from vitamin D3 deficiency.

Fatigue and mostly daytime fatigue tiredness could be of various causes. But the most overlooked of all causes could be the deficient vitamin D. Low vitamin D levels in the blood could cause full body pain and tiredness. This is due to the fact that each and every cell of the body has cell receptors for vitamin D.

Back and bone pain:

Depression has been attributed to the low vitamin D in blood levels. This is more evident in seasonal depressions which occur during the colder months.

For many healing of wounds are slow compared to others. This could be due to many underlying diseases. Recent studies have confirmed that vitamin D deficiency could be the major contributor to the same.

Vitamin D and low bone mineral density are directly linked. This is because for calcium to be absorbed in the body, vitamin D is essential. Lack of it could result in fractures, and bone loss. This could be more seen with elderly people who have low bone density.

Vitamin D receptors present in nerve cells called nociceptors. These receptors could sense pain. The byproduct of vitamin D the metabolite helps in contractions of the muscle. When this is deficient muscle pain is caused.

Vitamin D could be the cause of major illnesses like:

Since basically vitamin D is got from the sunlight, lack of it could be the main cause for its deficiency. The following are some other causes of vitamin D deficiency. 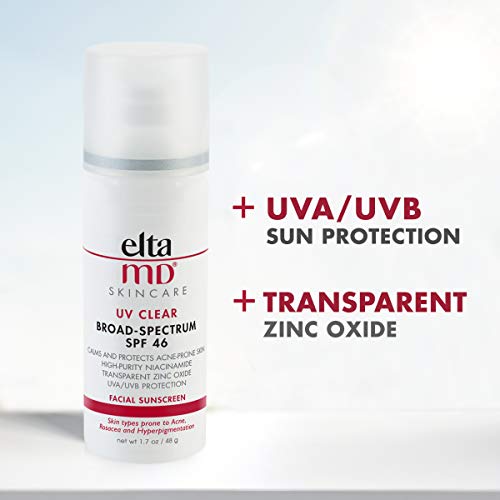 With the risk of increasing skin cancer looming around the world, doctors advise the use of sunscreens. It is also equally true that 5-15 minutes of sunlight exposure to the body 2 to 3 times a week is more than enough. Overexposure will lead to complications.

On the pretext of saving their skin and complexion, a lot of people shy away from the sun totally. Or otherwise, the little time they spend under the sun they apply sunscreens. This is a real issue for vitamin D deficiency.

Also for more skin tone and color to be protected from the sun they apply sunscreens with the highest of SPF levels. This completely erases the possibility of getting UVB exposure outside. Vitamin D generation in the little time outside by these people with high SPF sunscreens is zero. This overtime causes vitamin D deficiency and its various ailments.

The simple method of diagnosing your vitamin D deficiency is a blood test called 25-hydroxy vitamin D blood test. The optimum level of vitamin D in the blood is 20 nanograms/milliliter to 50 ng/ml.

Levels above 50 show a good level of vitamin D content in the blood.

Levels below 20 and definitely below 12 should need medical help

The only treatment option for vitamin D deficiency is getting more of vitamin D. This can be done with more exposure to sunlight, from the diet, and supplements.

Once the deficiency is confirmed by diagnosis, it is better to spend more quality time under the sun. This could hardly take only a few minutes a day. This could get give all the vitamin D needed.

This diet plan will work only for nonvegetarians. Vitamin D rich diet is mainly from animal sources. Some foods rich in vitamin D include: 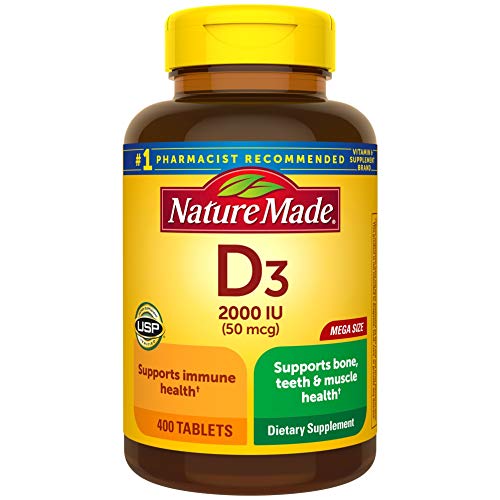 As per this research, there are two common protocols for the treatment of vitamin D deficient patients.

This is also called maintenance therapy. It is done for a period of 8 weeks vitamin D3 of a weekly dose of 50000 IU should be given to the patients to replenish the deficient vitamin D. Also it is recommended to check the serum level of vitamin D 25 (OH D) after 3 months of treatment. If the serum level is below 30 ng/ml the treatment should be continued.

This is the second form of treatment in which intake of 500,000 – 1000,0000 IU of vitamin D3 is given for a period of 5 weeks. Then it is stopped for the next 5 weeks totally. Serum test is conducted after the end of no intake of 5 weeks. If it is still lower than 30 ng/ml this therapy is given again. And if it is above 30 ng/ml the maintenance therapy is followed until the optimum level of vitamin D is maintained in the body.

Vitamin D is an important element for the human body. Though it could be easily got, its deficiency has grown beyond proposition in the modern world now. This could cause serious ailments and could be fatal if left untreated. Hence if there is even one symptom of vitamin D deficiency, consult your doctor for a blood test. Once the deficiency is confirmed, take the necessary steps in the form more sun exposure, proper vitamin D rich diet or the easily got supplements.

Prevention is better than cure is an old adage, but aptly suits for vitamin D deficiency. The lack of awareness of this easily available vitamin could become even a life-threatening situation. Apart from that, day to day life is also disrupted by the deficiency of vitamin D.

Hence to know the level of vitamin D and the ways to get it by simple lifestyle changes with good food habits will help prevent its deficiency.

Nature has answers to all the issues in this world are confirmed by the availability of vitamin D from the sunlight. It is only for us to use it or waste it.