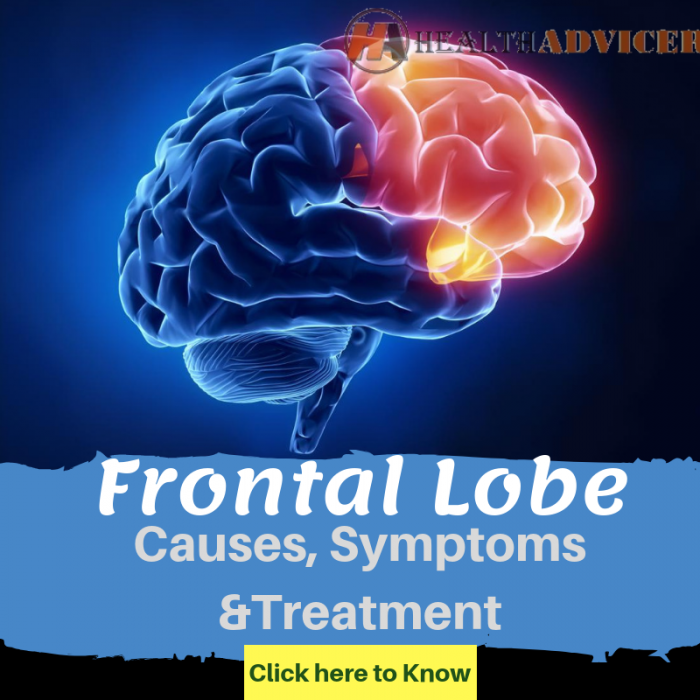 The brain is the most important organ in your body. The frontal lobe of the brain plays a vital part in your consciousness. Any damage to the part can affect your mental abilities, speech, and other functions. It one among the four paired lobes in our brain. Situated in the brain’s cerebral cortex, it plays a significant role in the daily tasks. But, unfortunately, it is also extremely vulnerable to injuries. The factors that make it susceptible to problems are:

So, suffering from mild to moderate brain injury can lead to mental issues that can derail your life. The MRI studies on different patients have revealed that the dysfunction of the frontal lobe can lead to behavioral abnormalities. Any changes in the structure can lead to problems like depression. Let’s delve deep into the subject to know more details. It will help you take the necessary precaution to avoid any issues or complications.

What Is Frontal Lobe?

The brain is the organ that can make your body function properly. Made of billions of cells called neurons, it works together for the proper functioning. The functions of neurons are not understood completely till date. But, it is the most vital factor in the brain functioning. The frontal lobe works with the other brain region to facilitate the overall functioning. It plays the important role in the following:

The frontal lobe plays an important part in working alongside the other regions for the normal function. The problems to the frontal lobe can change the way you function. Sometimes, the brain rewires itself after the injury. But, it does not mean that it is fully recovered. The brain regions change itself for bad or worse. So, you can see considerable change in the mental health and functions. 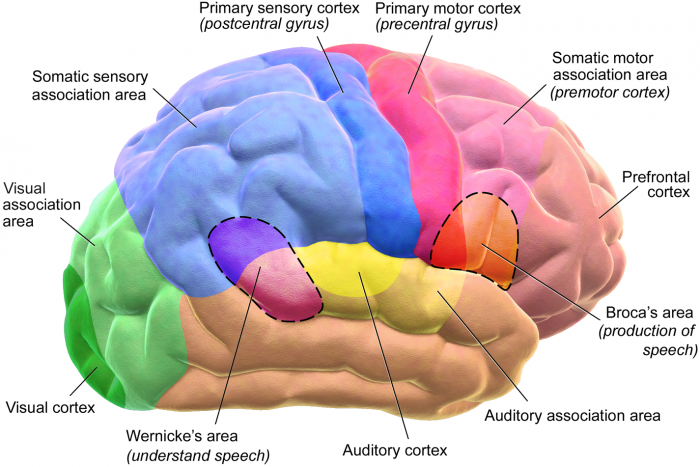 You have the power to make decisions and plan for the future. Ever wondered how you do it? Your frontal lobe is responsible for the decision making, self-management, and the future planning. People with damaged frontal lobe can struggle with gathering information. They also have difficulty recollecting the previous experiences. So, it becomes difficult to take a decision depending on the input. Most times it can make a person have a mental illness. The main functions of the frontal lobe are:

The frontal lobe is responsible for your motor skills. Hence, it coordinates your movements like running and walking.

How are you able to speak? It is due to the Broca’s region in the brain that helps with the communication skills. So, the frontal lobe damage can obstruct your ability to understand, interpret, or produce speech in a sensible manner.

Understanding the difference between the objects and categorizing is a skill. Your ability to identify objects and differentiate is associated with the lobe.

Forming memories makes humans unique. The frontal region is responsible for forming the memory that stays for a long time. Researches have established that it is mainly responsible for memory compared to other parts.

The empathy that you feel for others is due to the function in the region. Without the understanding and reaction of feelings, you can become a psychopath.

The urge to succeed or achievement of a goal makes you a successful person. The self-motivation and the reward-seeking behavior is associated with the dopamine. It is the chemical that is produced in the frontal lobe. Without it, you will have no drive to prove yourselves.

The frontal lobe is responsible for channeling the attention to a specific task. The complications in the region can result in conditions like ADHD (Attention Deficit Disorder).

Issues with your frontal lobe can occur due to any underlying disease or a severe head trauma. So, the effect of the complication can lead to changes in your mental and physical state. As the frontal lobe is responsible for several key functions, the issues can impact them severely. Hence, you can see changes in your social behavior, speech production, planning, and motivation. It can lead to psychological issues that can disrupt the normal life. Several causes lead to the complication like:

The frontal lobe is responsible for making the right decisions. It also helps you determine the good and bad choices. The location of the frontal lobe makes it more vulnerable to injuries. You can experience the head ordeal due to the following:

Though it is possible to minimize the risks, it does not completely eliminate the risks. You can use protective gear while participating in recreational activities or sports. Using handrails can avoid slipping and falling. While seat belt can reduce the risk of collision. But, most times the possibility of getting injured is still present.

The degenerative diseases can cause your nerves in the brain to deteriorate over time. So, you can see a significant change in your personality. It leads to confusion and severe distress. The diseases can destroy the brain nerves and tissues. Hence, it will result in an impairment of the thought process and memory. The diseases that can cause the issue are:

The brain surgery is risky as your doctor needs to deal with the sensitive nerves. So, while performing the surgery, it is possible to lose the frontal lobe function. It can cause severe physical and mental complications. 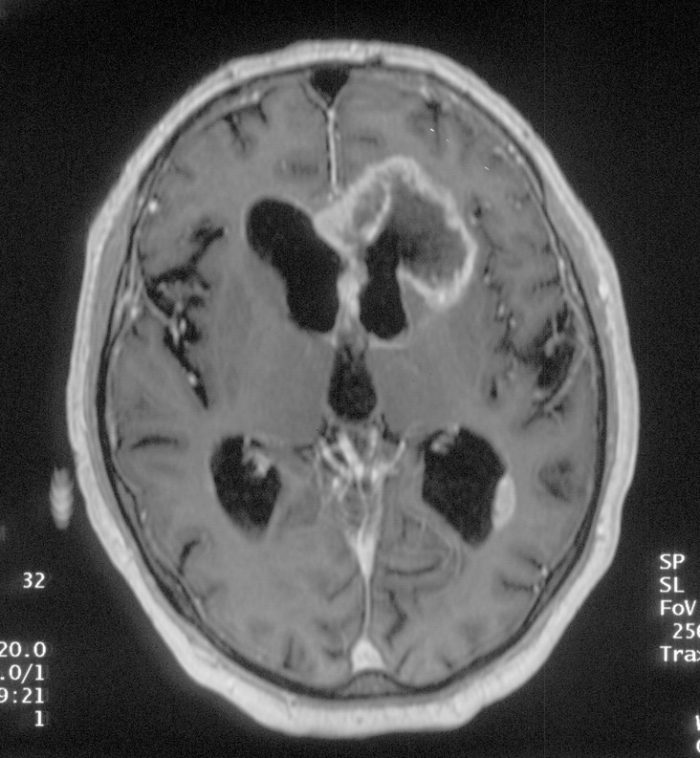 The malignant or non-malignant tumor in the frontal lobe can result in severe emotional and behavioral changes. People having a tumor in the region can exhibit the following issues:

It is the condition that can affect the blood circulation to the brain. It can cause severe issues to the frontal lobe. The malformation, blockage or hemorrhage can result in deprivation of oxygen to the brain. So, it results in brain damage. The following diseases come under the category of cerebrovascular diseases:

The damaging of frontal lobe can result in changes in the individual’s mental characteristics. It also alters the person’s ability to make the right decisions. Mostly the power to recognize the consequences of an action also get impaired. The frontal lobe complications also affect the memory power. It results in the following issues:

The person affected can experience severe irritability. A patient’s change in mood includes the inability to regulate their behavior. The difficulties in the impulse control is another problem that the affected person needs to face. So, it results in complication in personal and professional lives.

The frontal lobe plays the crucial role in goal selection, planning, sequencing, finding errors, and self-correction. The damage to the brain can result in the deficits of such functions. Therefore, it results in the inability to plan or stick to a schedule.

The problem to communicate properly arises with the complication. So, it can result in the inability to express the views and ideas in a clear manner.

The changes in personality is another major issue. The friends and family members see an altered version of the patients. It can cause severe tension in the lives of people associating with the affected individual.

The frontal lobe issues need immediate medical attention. Ignoring it can lead to severe problems. So, your doctor can order the following tests to determine the cause of the issue. Depending on the underlying issue, treatment is decided.

The first step your doctor may adopt is to understand the clinical history. It involves recognizing the sudden change in the patient’s personality. The dramatic change includes the following:

It is the psychiatric practice that is a part of the clinical assessment. The psychological function of the patient is determined using the assessment method. So, the following domains get tested:

It is the physical examination that assesses the motor responses and sensory neuron. It mainly focuses on the patient’s reflexes to determine the impairment of the nervous system. All the tests can also determine the presence of diseases like motor neuron disease or Parkinson’s.

The sophisticated imaging techniques can determine the presence of a tumor or lesion in the frontal lobe. So, the doctor may use the following to get a clear image of the front lobe and its complications.

It is important to understand the underlying issue first to devise the actual treatment plan. You need to seek medical assistance for the issue as only a trained medical professional can offer a viable solution. After diagnosing the issue, your doctor may suggest a treatment plan that can vary from medication to treat infection to surgery to remove the growth. The frontal lobe is the most important part of the brain. So, you need to get medical care immediately.

The lifestyle is the root of problems like stroke. Therefore, your doctor may suggest a good diet to avoid the complications. Including exercise and a balanced diet can bring down the risk of stroke and associated front lobe complications.

The frontal lobe problem can cause issues in your daily function. Therefore, the treatment focuses on regaining your function as much as possible. The brain may rewire itself after the damage. But, you need to work around the issue to compensate for the damage. So, your doctor suggests the following for brain healing and recovery:

The doctors may suggest medications to control your mental issues. It also includes treatment for impulse control, decreased attention span, and reduced motivation. So, the medication focuses on providing normalcy to you.

The issue needs constant re-evaluation to determine its effectiveness. So, it often varies to suit the particular requirement.

The team monitors the patient constantly to see the changes positive or negative to make necessary changes. So, the treatment plan is adjusted to ensure the treatment overcomes the complications.

The front lobe complication can affect the patient’s personality, behavior, and emotion. Therefore, the family members need the counseling to manage the changes. It is important to get the necessary support individually or as the family to overcome the drastic changes.

Recovering from frontal lobe complication is a long process. You have to overcome several challenges to make the life normal. The unpredictability of the issue makes it stressful. You can see progress suddenly or somewhat infrequently. It can become frustrating at times. So, for recovery, you need good supportive care. The regular monitoring of cognitive challenges can also help recovery. Therefore, make the necessary changes in your life. A lifestyle change that leads to good health is ideal for overcoming issues.

The frontal lobe is an important part of the brain that handles your physical and mental health. So, a patient with complication in the area needs care and patience. Get good medical care with the team of professionals to handle the issue. It will help you in your journey towards recovery.