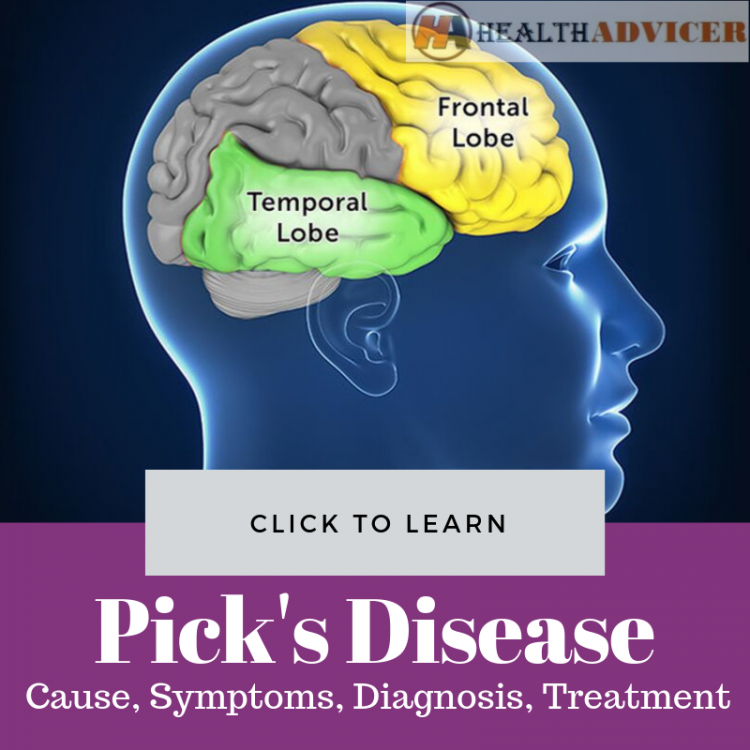 Pick’s disease is the disease affecting your brain. It is the rare form of irreversible dementia that can affect your quality of life. The progressive disease can affect your behavior, language, judgment, thinking, and memory. It can trigger drastic personality changes in the affected people. So, how do you differentiate it from the other forms of dementia? Read ahead to gain comprehensive information about the problem.

What Is Pick’s Disease? 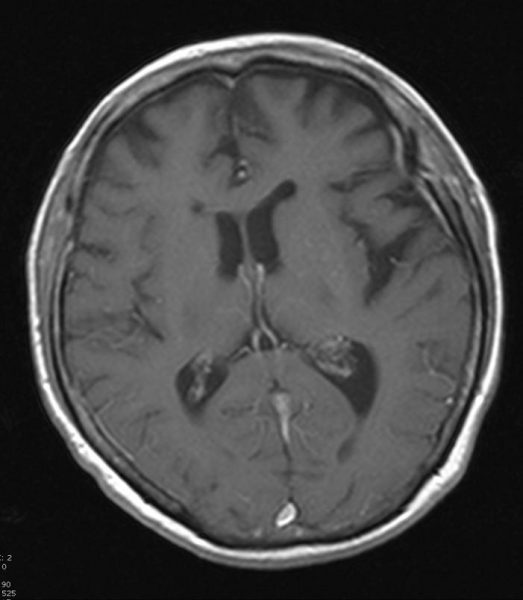 It is the form of dementia that affects the frontotemporal region on the brain. It can occur due to the condition referred to as frontotemporal lobar degeneration (FTLD). The brain can affect your brain function drastically. But, it differs from other forms of dementia like Alzheimer’s disease. Pick’s disease affects certain areas of the brain. It mostly causes changes in the brain’s frontal lobe. So, it can affect the important facets of life like:

The problem also affects the temporal lobe. Therefore, people affected by the problem can find issues with the emotional response, language, and behavior. 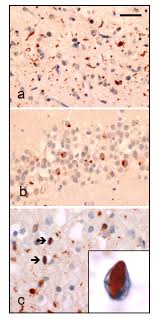 Like degenerative memory diseases, frontotemporal dementia can progress. So, it can become worse gradually with time. The disease can trigger emotional, behavioral, language, neurological, and personality changes.

The behavioral and emotional changes in the affected person making it difficult to live in the society. The disease can make social interactions hard. So, people may not find it easy to conduct themselves in socially acceptable behavior. Unfortunately, neurologists can miss early behavior and emotional changes. It appears during the early onset of the Pick’s disease. So, you can notice the following signs and symptoms:

Speech and language difficulty is common among people suffering from all types of dementia. The different neurological conditions can impact the form of verbal expression. Therefore, the affected people can experience difficulty in finding the right word to express themselves. They also experience difficulty in comprehending the speech (understanding verbal communication). So, the pick’s disease can affect the following:

Frontotemporal dementia can cause personality changes in the affected person. So, it can result in dramatic changes in actions, feelings, and opinions. In normal cases, you may experience, personality changes as you grow. The significant changes in your personality during the adult life does not come under the changes due to dementia. But, the complete change of personality can indicate the presence of Pick’s disease. It is the main difference that sets the disease apart from Alzheimer’s disease.

Frontotemporal dementia is the third most common cause of dementia in people. It is the common type after Alzheimer’s disease and Lewy-body dementia. When you exclude dementia caused due to strokes, you can find that it is more prevalent than you think. It takes around 2% to 3% of the total dementia cases. So, what exactly causes the type of dementia? It is triggered due to the abnormal levels of a particular nerve cell protein.

The other frontotemporal dementia gets triggered by the abnormal levels of tau. It is the protein you can find in all the nerve cells. But, when you get affected by pick’s disease, it accumulates. The spherical clumps of accumulation known as pick cells or pick bodies can lead to personality changes. The tau accumulates mostly in the temporal lobe or frontal lobe of your brain. So, it leads to the death of the nerve cells. The nerve cell death can lead to the shrinking of the brain tissue. Therefore, you may experience symptoms associated with dementia.

The exact reason triggering the problem remains unknown to the scientist. So, it is not precisely easy to find the cause of the abnormal protein. But, the genetics play an important role in getting the disease, the abnormal genes can trigger the Pick’s disease and the other frontotemporal dementia. So, you can find the occurrence of the disease in family members. If you have a family member suffering from the problem, then you face more risk of getting affected by the disease.

Getting the disease can overwhelm you. But, it also poses several challenges that you need to know. If your loved ones suffer from the issue, then you need to understand what you can face.

Not many people understand what the disease is about. Compared to other degenerative diseases like Alzheimer’s disease, people have no familiarity with the Pick’s disease. The different types of dementia have the same emotional effects on people. But, you may only know about the disease that has more popularity. So, you need to know about the Pick’s disease that can trigger behavior as well as personality changes.

Unlike other dementia problem, the disease can cause personality and behavior changes. The people affected by the disease can have their memory intact but have impaired executive functioning. So, the changes can trigger changes like:

Inability To Care For Love Ones

The people suffering from the Pick’s disease appear to care less for their loved ones. It can affect personal relationships. So, dementia can make the sufferer lose its ability to feel emotions. The different research on the topic has determined that people suffering from the issue cannot feel any emotions. But, they can identify successfully the positive or negative emotions displayed by others. So, it can affect personal relationships adversely. It pushes away the close friends and family members who have to look after the affected patients. The inability of the right detection of the problem makes it more challenging.

High Chances Of Getting Into Legal Trouble

People suffering from the pick’s disease have high chances of getting into legal trouble. The behavioral variant frontotemporal dementia can make people involve themselves in criminal activities. It is due to the fact that they have impaired judgment. Their reduced executive functioning can affect behavior as well as emotions. Therefore, the affected people can involve themselves in the following:

The fewer resources available to detect dementia can pose a threat to the successful determination of the problem. Only a few physicians have the proficiency to detect the disease accurately. The fewer community support for the disease also makes the Pick’s disease complicated. The behavior problems associated with the disease makes it difficult to find an ideal facility for getting treatment.

Young People Get Affected By The Disease

The doctor can order blood tests. It can eliminate the presence of other diseases like:

So, the doctor can conclude if the symptoms you suffer points to other underlying health complications. The blood test can rule out the possibility of other diseases. Then, your doctor suggests other tests to determine the presence of dementia.

The doctor needs to take an extensive assessment of your memory and reasoning skills. It will help determine the problem precisely. Dementia can have several similar symptoms. Therefore, it is essential to pinpoint the actual problem. It will help determine the Pick’s disease at an early stage. So, the doctor conducts the following to come to a definitive conclusion:

The sophisticated images of the brain can pinpoint the abnormalities with precision. The visible problems like tumors, bleeding or clots reveal their presence in the brain scan images. So, your doctor can detect the signs and symptoms associated with the type of dementia. The images also help assess the shape of your brain and the changes occurring in it. Therefore, comprehensive brain images can help your doctor rule out other issues. The ruling of problems like stroke or brain tumor that can trigger dementia can help come to a proper conclusion. So, the different imaging techniques used to detect the issue are: 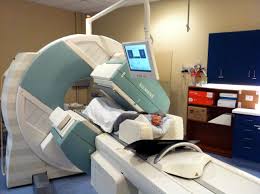 The sophisticated imaging techniques use radio waves as well as a strong magnetic field to produce images. So, it can produce detailed images of your brain. People suffering from frontotemporal dementia have shrunken temporal and frontal lobes. 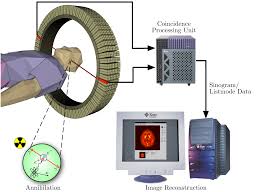 The PET scans can produce visuals of your brain. For producing images, your doctor gives you a small dose of radioactive materials. It gets injected into your vein. So, the scan reveals the blood sugar metabolism that happens in your brain. The doctor checks the temporal and frontal lobe of your brain. So, it can help identify the abnormalities. For people suffering from the Picks disease, the frontal and temporal love has reduced blood flow.

The lack of sufficient blood cells can result in fatigue. It can also trigger moodiness, headache, and problem to concentrate.

You get treatment to overcome nutritional deficiency. It will help strengthen your immune system.

The irregular thyroid hormone can worsen the symptoms of dementia. So, the doctor provides medication to keep the thyroxine levels under control.

The decreased oxygen levels in the blood can make vital organs ineffective. So, to optimize the performance of the significant organ, the oxygen-rich blood can help.

Kidney problems can make your body vulnerable to issues. So, preventing or overcoming kidney issues can improve your overall health.

The doctor can prescribe antipsychotic and antidepressant medication to treat behavioral and emotional changes. It can help with the mood disorders and depression.

Your doctor may prescribe medication to overcome behavioral problems. Frontotemporal dementia can trigger several behavioral issues. So, medications like trazodone (antidepressants) can relieve some problems. In some cases, the doctor prescribes SSRIs (selective serotonin reuptake inhibitors) like sertraline or fluvoxamine to reduce the problems.

Antipsychotic drugs can also reduce the behavioral problem stemming out of the Pick’s disease. Medications like olanzapine or quetiapine can overcome dementia-related behavioral issues.

When you take the above-prescribed medications, you need to maintain caution. The medications can have severe side-effects. At times, the complication can prove fatal and result in the death of the patients using them.

The issue associated with dementia includes language problems. Therefore, the doctor can suggest speech therapy. It will help the patients learn alternate strategies to communicate better.

You need to discuss with your doctor about the lifestyle changes you need to undertake. It is essential to adjust to living with frontotemporal dementia. So, you need to follow the steps suggested below to live a life without dementia affecting it like:

The symptoms of the disease can progress as time passes. So, within eight to ten years the symptoms can worsen. After the initial onset of symptoms, your doctor may take some time to get the proper diagnosis. Unfortunately, the fewer specialists available to detect the issue make the problem hard to detect. Frontotemporal dementia can result in death after a few years.

During the advanced stages of the disease, you need full-time care. The Pick’s disease can make it difficult to communicate and complete basic tasks. So, affected people may find it difficult to move, control the urinary bladder or even swallow the food. Death can happen due to the infections the patients may suffer. So, the common causes of death are lung, skin, and urinary tract infections.

Pick’s disease is an incurable condition. But, early detection can help you manage the symptoms and lead a peaceful life. You need the assistance of a special doctor to detect the issue precisely. It will help develop a treatment plan to live your daily life with fewer hindrances. Therefore, talk to your doctor to gain more information as well as the long-term outlook.

In a nutshell, I am a creative person with the penchant to research new topics. I am a voracious reader with interests ranging from fiction, science, to non-fiction topics. Having close contact with loved ones suffering from lifestyle and other diseases, I am interested in knowing and understanding the different diseases that can create havoc in the lives of people. Knowing more about it is a personal conquest, which has now developed into writing about it. I have an engineering degree in computer science, but my passion lies in writing about different topics.