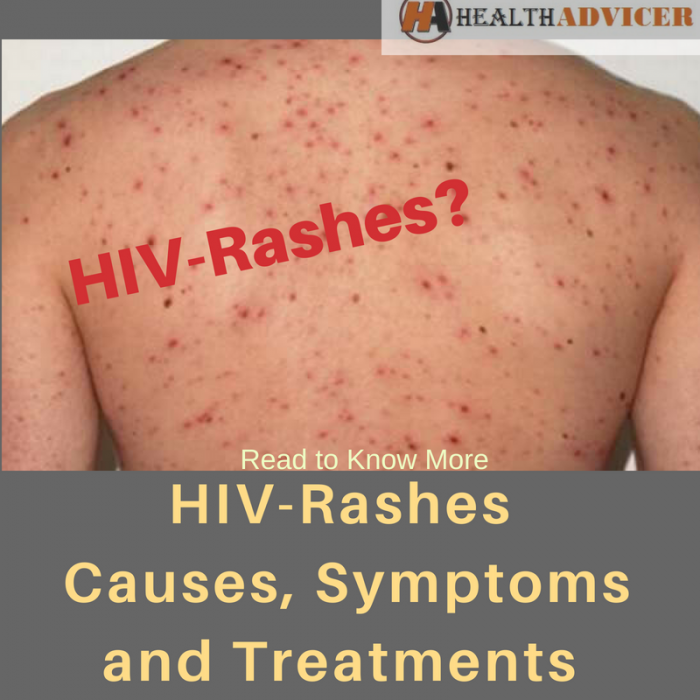 HIV in itself causes enough shame and embarrassment in the society and add to that would be the hideous rashes that come with it.

With other severe problems needing your concern, you are very likely to evade the rashes problem or perhaps mistake it for some other viral infection. However, you must be cautious of that and identify the real cause and severity of these HIV rashes to get rid of them as soon as possible.

This is primarily because these rashes are very much visible and prominent and would be deriving unnecessary attention. In order to let those things not come in your way of a normal lifestyle, we recommend you to take preventive actions soon to cure these HIV Rashes. 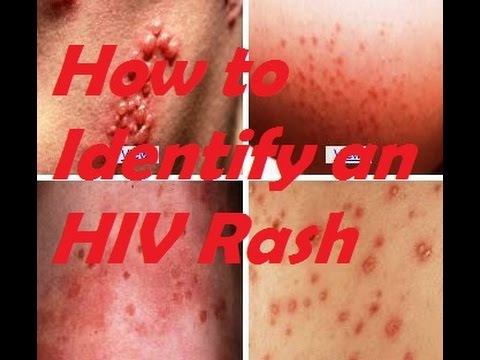 For that, the most important thing is to identify the HIV rashes.

These HIV rashes are very likely to appear in the initial months of catching the virus. If you have been lately diagnosed with HIV, you could be almost sure of these rashes being one of the initial level symptoms and effects of HIV.

The primary cause of these rashes could be side-effects of strong medication or a general effect of HIV.

Other reason for the rashes could be the effects of HIV itself. In that case, what causes the rash is fall in the number of white blood cells. It is, therefore, important to identify the cause of the rash and start with proper treatment.

To identify the cause, you need to see your doctor and get a few tests done which will let you know how you are supposed to treat these ugly marks.

In case, of antiretroviral drugs or a side-effect of HIV medication, immediate attention is needed to prevent the situation from getting any worse.

The first step is to differentiate the rash from any other viral infection, to start with the required treatment.

As talked above, the cause of your HIV rash could be HIV itself or strong medication. However, in both the cases, the rash mostly appears similar.

It is usually red like the skin has been burnt and is covered with small bumps that cause severe itchiness due to which they cause irritability and could be even painful at times.

They cause botches and marks on the skin and turns purple-bluish with time.

This tends to be a generic and most found picture of the rashes, but in real life, the scenario is entirely different. The HIV usually effects your immune system which causes the end number of skin problems and issues and hence, in that case, the rash may be different than a usual one.

Where do these rashes appear?

The rashes are mostly found on the face, chest, souls and palms, back and shoulders. At times, they could be in the form of blisters on the tongue.

However, in certain cases where the effect is high, they tend to affect the entire body. 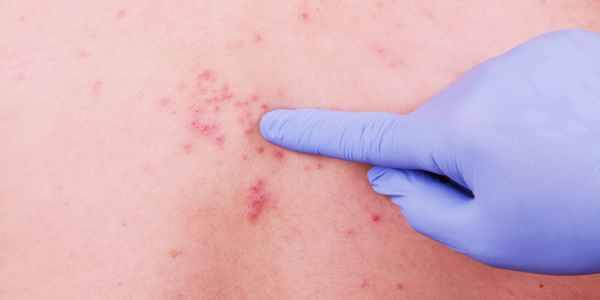 HIV comes with its own set of problems and issues and hence it is difficult to summarize the symptoms of HIV. However, there are some common symptoms which prominently accompanies the HIV rashes thing:

Be quick to identify them and start the necessary treatment:

These symptoms are more or less very general and can be mistaken for any usual ailment. The reality is, however, different and they are effects of one of the most dangerous diseases and need immediate attention.

Usually, 85% of HIV diagnosed patients will go to be affected by these symptoms but in case you have not been diagnosed with HIV yet, take it as a matter of concern and see a doctor.

Just like the severity of other symptoms of HIV, there is a range of severity of HIV rashes.

They majorly fall into these three categories:

Dermatitis is a general effect of HIV. It causes various kinds of rashes on the body like:

Seroconversion causes fever and swollen lymph nodes and is in the form of painless red lumps on large areas of body like chest and stomach or back.

These are like itchy, scaly patches on the skin. They might be an immediate result of exposure to extremely hot or dry weather and can be cured with lifestyle changes like being more protective towards your skin and body and curing ointments.

At a higher level, they may develop as a chronic inflammatory condition with more severe effects which would require anti-itch medication and antibiotics.

They usually occur on the upper body and are like huge bumps that cause skin inflammation and irritability at the borders and are excruciatingly painful at times. They are mostly found in people who are at the later stage of HIV infection.

It is a kind of sunburn caused by long exposure of skin to direct UV rays. The other symptoms that accompany this rash are skin-inflammation, pain, nausea, fever, and headaches.

This causes red lumps on all over the body and mostly on arms and legs. The itchiness, in this case, is very high and can lead to bleeding. Further, these open wounds are an invitation to more infections so immediate attention is needed in this situation.

Cellulitis affects the inner layers of the skin and causes the skin to swell. It begins with a small cut in the skin which obviously because of HIV conditions does not get cured and leads to deep injury and swelling and pain. The bad part is there is no way to prevent it because they even occur without a cut in the skin.

As we know, it is caused by a mite that dwells inside our layer of skin. This causes itchiness and can be cured easily but it is not treated in time can develop into a permanent skin disorder which becomes incurable.

People with HIV can develop multiple fungal infections one of which is ringworm.

The human papillomavirus causes accumulation of dead skin tissues on the upper layer of the skin. This is one of the conditions of HIV rashes.

They can either be removed by a surgery or medical intake to prevent bod’s resistance to them.

All these condition s are an indication that your immune system has been severely compromised and can catch anything as quickly as this.

All of these HIV rashes are a result of extremely compromised immune systems of your body.

The second stage of HIV rashes is bacterial or viral Infections. A number of bacterial, fungal, viral and infections affect people with HIV because of their poor immunity and defense system against these external parasites.

The most common form of these types of HIV skin rashes are:

In this condition, the body tends to develop painful, crusty blisters on the mouth, genitals, or both. It is caused by the same virus that causes chickenpox. We all are very well aware of the adverse effects of chicken pox which includes itchiness, red and painful bumps and excruciating rashes with many other internal factors affecting the body like fever and nausea.

These are skin colored bumps on the skin which are very easily communicable and can be spread to other people. They do not hurt much but if not treated can worse over the time. In fact, at times they get to stick to the body and do not go away even with repetitive treatments.

The treatment for this condition is one- freezing them with the help of liquid nitrogen or using chilling ointments and creams and moisturizers to chill them and make them go away.

In case, any of the above treatment does not work, laser therapy could be considered as one of the treatment.

This rash appears in the form of white lesions on the upper layer of the skin usually tongue.

This appears in the form of a thick white layer on the tongue. And can be a very dangerous condition because this causes a problem in eating and hence no cure is fast enough to treat it. This obviously comes with its own set of other issues and troubles.

The only temporary treatment to cure this is oral rinses, and anti-fungal medications.

Skin lesions is a very severe condition that happens at the later stages of HIV. It damages the lymph nodes and blood vessels. It appears in the form of dark purple, blue or reddish lesions on the skin.

The cause for this condition is the drop in the count of white blood cells.

A very disappointing fact is that this condition is an indication that your HIV has turned into AIDS.

The treatment of this condition is similar to the treatment of cancer. People with Kaposi sarcoma have seen considerable improvement by treatment like chemotherapy, radiation, and surgery or topical retinoid treatment.

Now, that you have started taking medication you must see improvement but if you do not see any improvement it means you have developed a kind of hypersensitivity to that medicine.

In case, you see those rashes getting worse, you immediately need to stop the intake of certain medicines which might be causing this condition.

Or simply see your doctor, who would be able to tell you better what is the cause of the rashes. You should immediately stop taking those medicines barred y your doctor.

All you need to do is get certain tests done and start with proper medication as soon as possible. The medication will be prescribed by your doctor on the basis of the cause and severity of the rash and hence avoid over the counter medication in this sensitive case.

The most common form of medication is hydrocortisone cream or diphenhydramine (Benadryl) which is helpful in reducing itchiness and rash size.

In other cases, medicine like antihistamine, such as Atarax, or a corticosteroid-based cream has seen to have cured the rashes.

For generalized dermatitis treatment usually includes medication like acyclovir, which is a medication taken by mouth.